May 22, 2012 / Amanda / 0 Comments
We’ve recently become members of the Pacific Science Center in Seattle.  A few weeks ago, I took the girls to see the IMAX 3D film “To the Artic” as we had been done a fair amount of homeschooling on Polar habitats and I thought this would be a great end to that.  I have never been to a 3D movie and I have only been to one IMAX movie before so it was really cool.  I had concerns that I would get motion sickness from it but it was all fine.  October was SO fascinated both by the movie itself and the 3D effects she could not stop talking the entire movie!  Luckily, it was fairly loud and I could barely hear her talking so I don’t think we upset anyone around us.  Scarlett refused to wear the 3D glasses and it was a little too realistic at times for Lavender.  She would duck or try to move away from the images as they appeared to come near us.  It was really interesting to me to watch how she responded to the movie becuase as an adult you realize that the polar bear is not really close to you or that the ice breaking is not going to hit you but as a 2 year old, she was really experiencing the movie as if it were real.  She sat on my lap the entire time and after the movie ended she handed me a crumbled up wad of fruit roll-up that she had been clenching in her hand the entire movie.  Yumm….warm, squished fruit roll-up!

﻿The girls also really enjoyed the butterfly house.  October took the identification keys and would work to identify what butterflies she saw.  When we bought the membership we were going to a birthday party in the Butterfly house so they had spent a lot of time in there recently but they still wanted to go and check it out again! 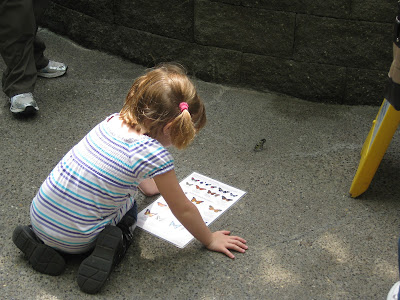 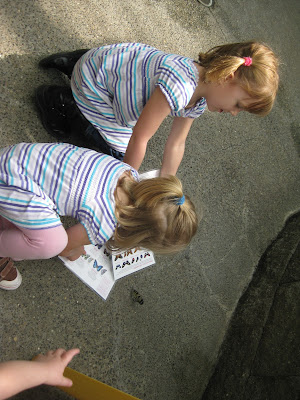 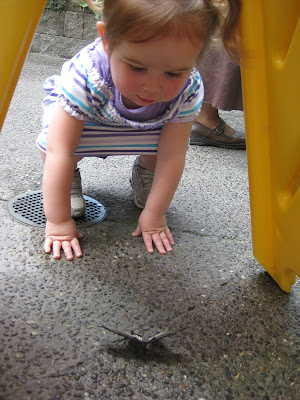 Can you tell I have all three girls dressed alike?  In case I lose one!  I can say the lost one looks like these ones and people can readily see that we belong together!﻿
(Visited 14 times, 1 visits today)

I was very excited to get my first Creation Crate box because I had seen the mood lamp online and I was eager to build my own . I am in sixth grade and although I have played in scratch and tried hour of code I had no coding experience prior to Creation Crate.   … END_OF_DOCUMENT_TOKEN_TO_BE_REPLACED

Child: “I can’t get rid of the baby rabbit!  They are a family.” Me: “But honey, maybe another family is looking for a baby bunny for their rabbit family.” Child: “But what if that family doesn’t treat the bunny nicely?  That would be so sad.  It would make me cry.  I have to keep the… END_OF_DOCUMENT_TOKEN_TO_BE_REPLACED

Today.   Today I paradoxically take ease with myself while also pushing myself and my lungs as I run as hard as I can. I will indulge in more chocolate than it seems possible and I will often over indulge in a cocktail hour that has been known to start as early as the… END_OF_DOCUMENT_TOKEN_TO_BE_REPLACED

At heart, I am a homeschooler.   Not exactly the crunchy, earth-mama stereotype, certainly not the seventeen kids, religious focused curriculum stereotype or even the unschooled, let’s raise a wild child stereotype either.  But I truly believe in the power of the parents to educate and live a home-schooling life together.   I really think it’s… END_OF_DOCUMENT_TOKEN_TO_BE_REPLACED

This post contains affiliate links.  For more information, please read my disclosure policy.  Thank you for supporting Far From Family!     We love listening to Audio Books in the car!  So much so that we don’t save them for long road trips but for nearly anytime that we are in the car – the morning… END_OF_DOCUMENT_TOKEN_TO_BE_REPLACED